The VHF Vårgårda yagi antennas was sold in mars 2022.

Also the RHCP/LHCP antenna switch for VHF was sold at the same time (the relay to the left).
EME144 from Minikits See this post – measurement of the relay.

Inside at my office I used a home made relay switch to be able to switch between VHF/UHF antennas and SDR (RX) and IC-705 (TX).

Very nice low budget SDR HF transceiver. Sold when I got an IC-705.

UHF yagis used until april 2020, then sold to other user

VHF/UHF omni-setup to april 2017
The N9TAX Slim-Jim antenna with the LNA4ALL preamp was a very good ”value-for-money” setup and I could receive most of the ham sats. But, as a vertical omni antenna there was of course a lot of fading. This setup was changed to a crossed dipole antenna for 145 MHz.

VHF/UHF duoband J-pole antenna from ”stanislavpalo130”, Mini-70 pre-amp (SHF-Elektronik). The J-pole antenna was good on VHF but not a winner on UHF. So I sold the J-pole. 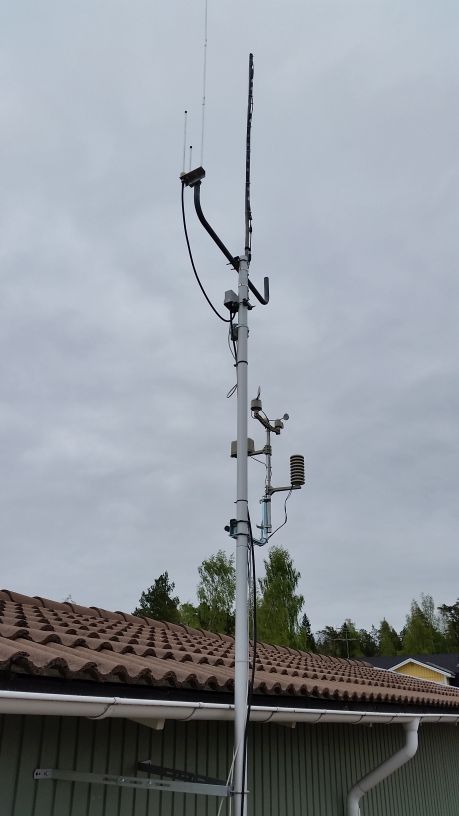